The Brown family descended from the Scotch-Irish who had immigrated to Virginia in the 1700s. In 1869, J.Wilcox and Ellen Turner MacFarland Brown moved their family to Baltimore, MD where J. Wilcox worked as a banker and stockbroker for the company Brown and Lowndes. The second youngest of 13 children, Frank Donaldson Brown was born in Baltimore on February 1, 1885.

A bright and inquisitive child, Donaldson began his studies at Virginia Agricultural and Mechanical College and Polytechnic Institute (now Virginia Tech) in Blacksburg, Virginia at age 13. He was very young to begin college and received his degree in 1902 at 17 years old, with a Bachelor of Science in Electrical Engineering. He remains the youngest-ever graduate of the university. Afterwards, he continued his graduate studies at Cornell University alongside his older brother John. 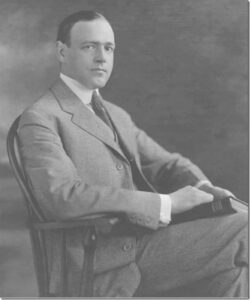 An ambitious young man, Donaldson began working as an explosives salesman at the DuPont Company with help from his cousin, Hamilton Barksdale. In 1914, Donaldson wrote a report on DuPont’s business performance that included a financial formula known today as the “Return on Investment” (ROI). His career continued advancing as he became the treasurer of DuPont and later the vice president of finance at General Motors. He played a major role in GM working through worker strikes and the depression.

Donaldson married Greta du Pont Barksdale in 1916. Initially, the family lived in New Castle, Delaware near Greta’s parents on Mount Salem Lane. Later, the Browns moved their family to the Caresend Estate in Irvington-on-Hudson, Tarrytown, New York. In 1921, this home caught fire and his servants rescued his three oldest boys all under 4 years old. The fire had lasting impacts on Donaldson and would later influence construction of his Port Deposit home. Caresend was an eighteen-acre home including 41 rooms, which became a women’s retreat in 1937.

In 1936, the Browns bought Mount Ararat Farm in Port Deposit, MD from Dr. Joseph France. Dr. France was a former U.S. senator from Maryland who ran unsuccessfully for the Republican presidential nomination in 1932 against Herbert Hoover. The estate purchase included 750 acres with a dairy farm and a Federal-style home for $250,000. 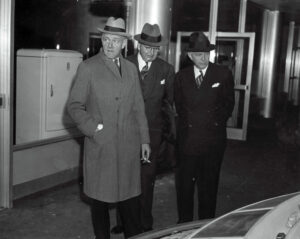 Brown began plans for building the family home 200 feet atop Mount Ararat with a picturesque view of the Susquehanna River. The Colonial, Georgian mansion was designed to include more than 40 rooms, a stream fed built-in pool, stables, a greenhouse, an elaborate fountain, and landscaping. No expense was spared as the Browns brought in a variety of specimen trees, landscape architect Noel Chamberlin, interior designer William Kimball, builder John Lowry, and architect James Cameron Mackenzie Jr. to commission the project. The mansion was constructed using skyscraper building standards and poured concrete to withstand any danger of fire. Donaldson also had a spiral fire escape installed in the center of the mansion. Listed with the Maryland Historic Trust, the Donaldson Brown mansion is a pristine example of American architecture.

The family moved into the residence on New Year’s Day, 1939. Since the mansion sits atop Mount Ararat, the house was fondly referred to as The Ark, referring to Mount Ararat in present-day Turkey, traditionally considered the resting place of Noah’s Ark. Each room in the mansion was designed to emulate similar rooms in other historic homes. Brown paid his bricklayers and carpenters $1.25 an hour. This was above the normal wage during the Depression, showing his appreciation for their dedicated work.

The Brown family enjoyed sailing along the Hudson and the Chesapeake. It is rumored that in 1939 Brown sold his yacht, “Oceania,” to industrialist Howard Hughes and was later commandeered by the US Navy as the USS Pyrope (PYc-17) for war efforts.

Brown wrote his business memoirs in his book Some of an Industrialist in 1957. The book detailed his work at DuPont and General Motors. Known as a family tradition, both his father, J. Wilcox and his daughter, Greta wrote their memoirs as well. Upon retirement from General Motors, Brown donated many of his papers, speeches, and publications to Hagley Museum and Library, a nonprofit educational institution in Wilmington, Delaware.

In 1965, upon his death, Donaldson Brown willed 20 acres of his estate, including the mansion, to the University of Maryland. The University has kept the mansion in original condition offering a peak into life of years past. Although the estate is primarily utilized for conferences, education, and weddings, guided history tours are offered for public viewing by reservation.

On August 2, 2022, Donaldson Brown was the 111th honoree inducted into the American Accounting Association Hall of Fame. This award acknowledges his contribution to the world of finance for the Return on Investment, known initially as the Dupont Formula. 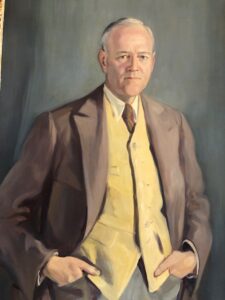 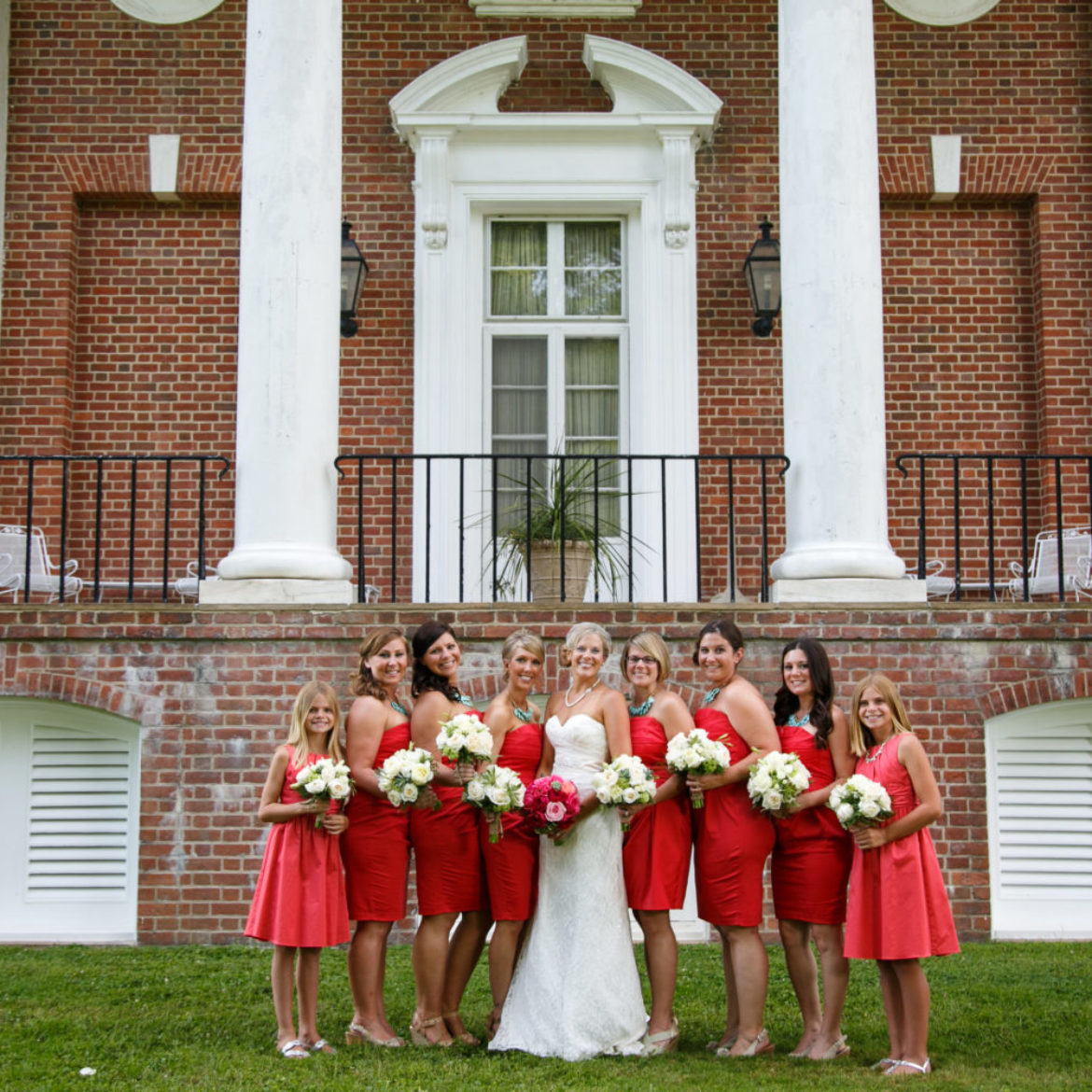 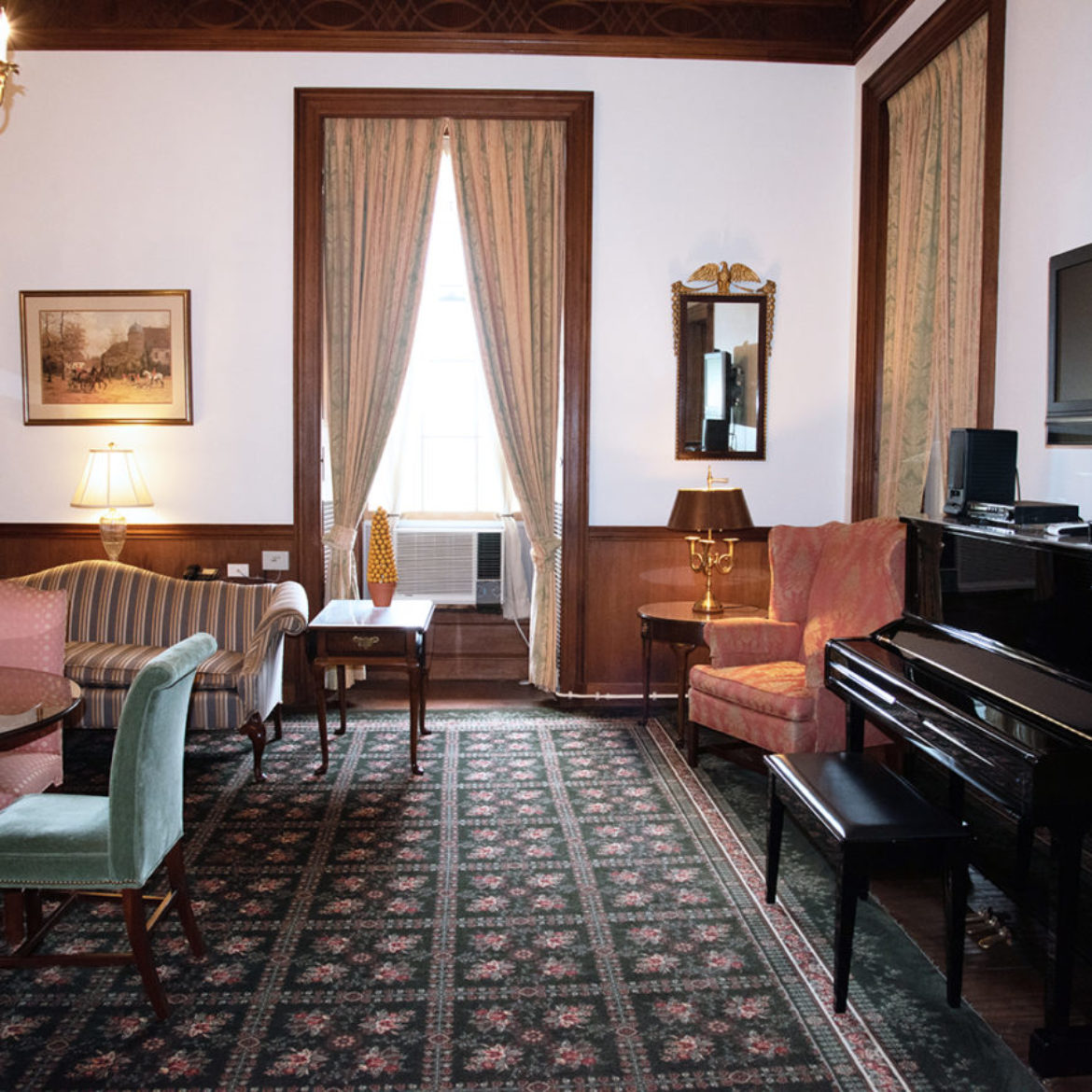 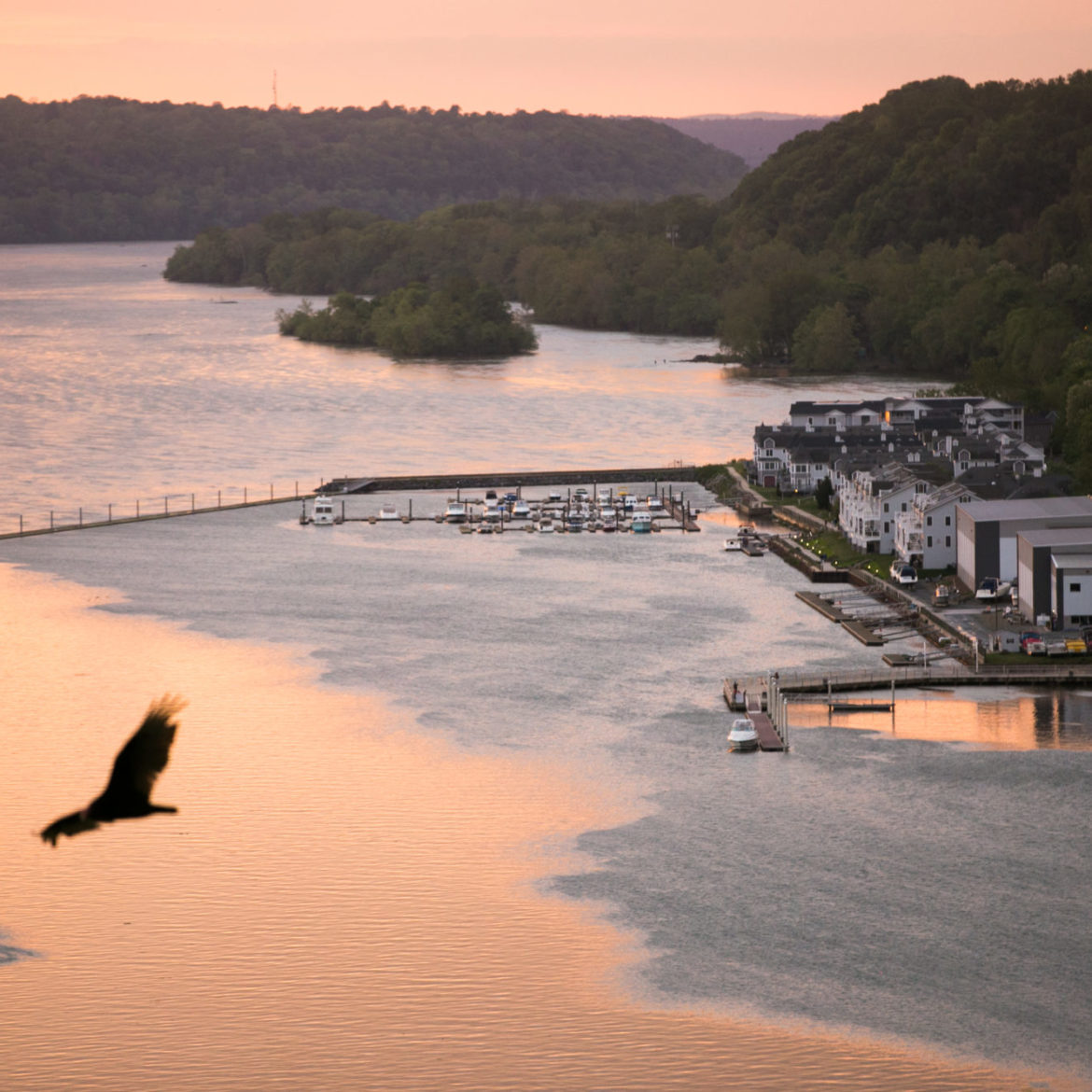 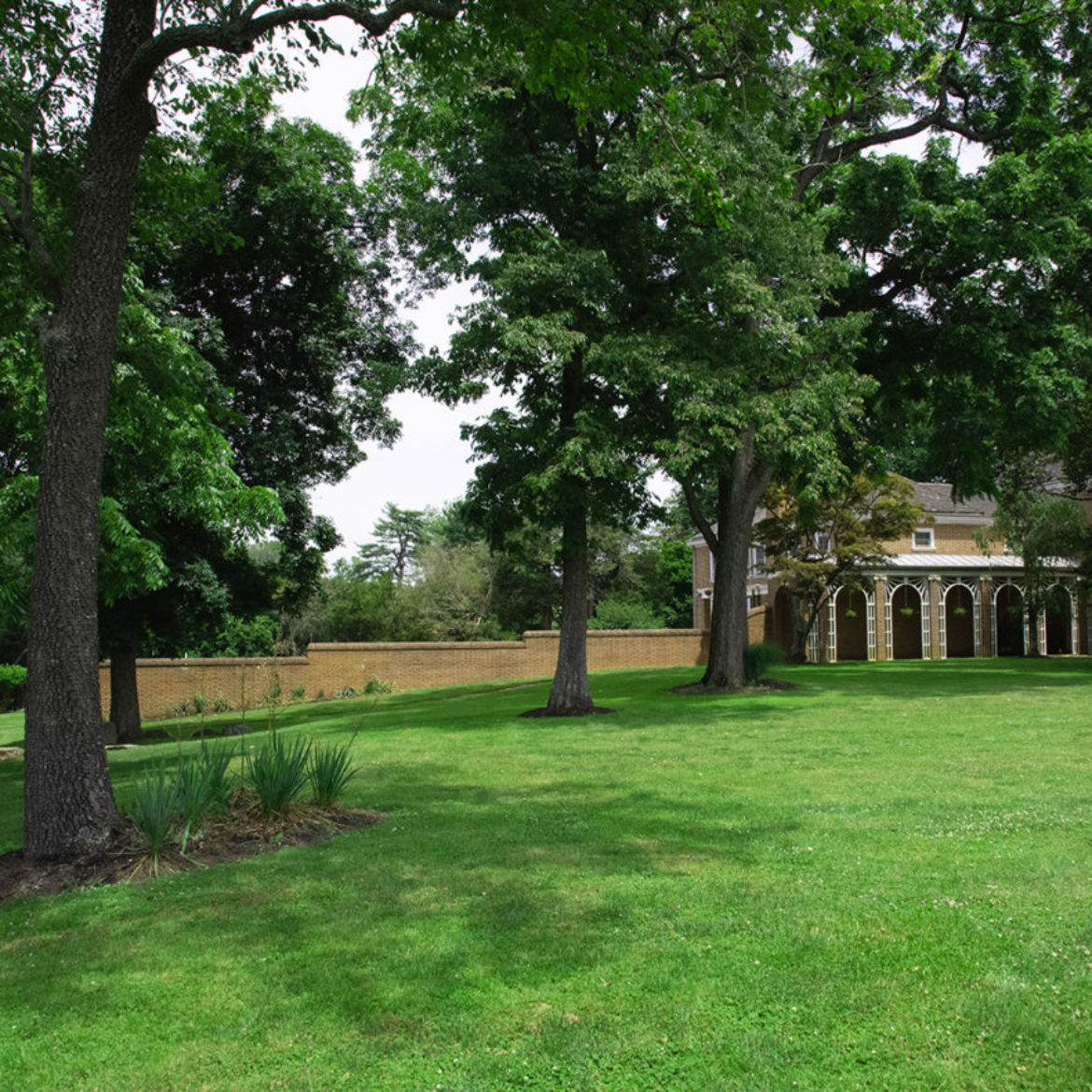 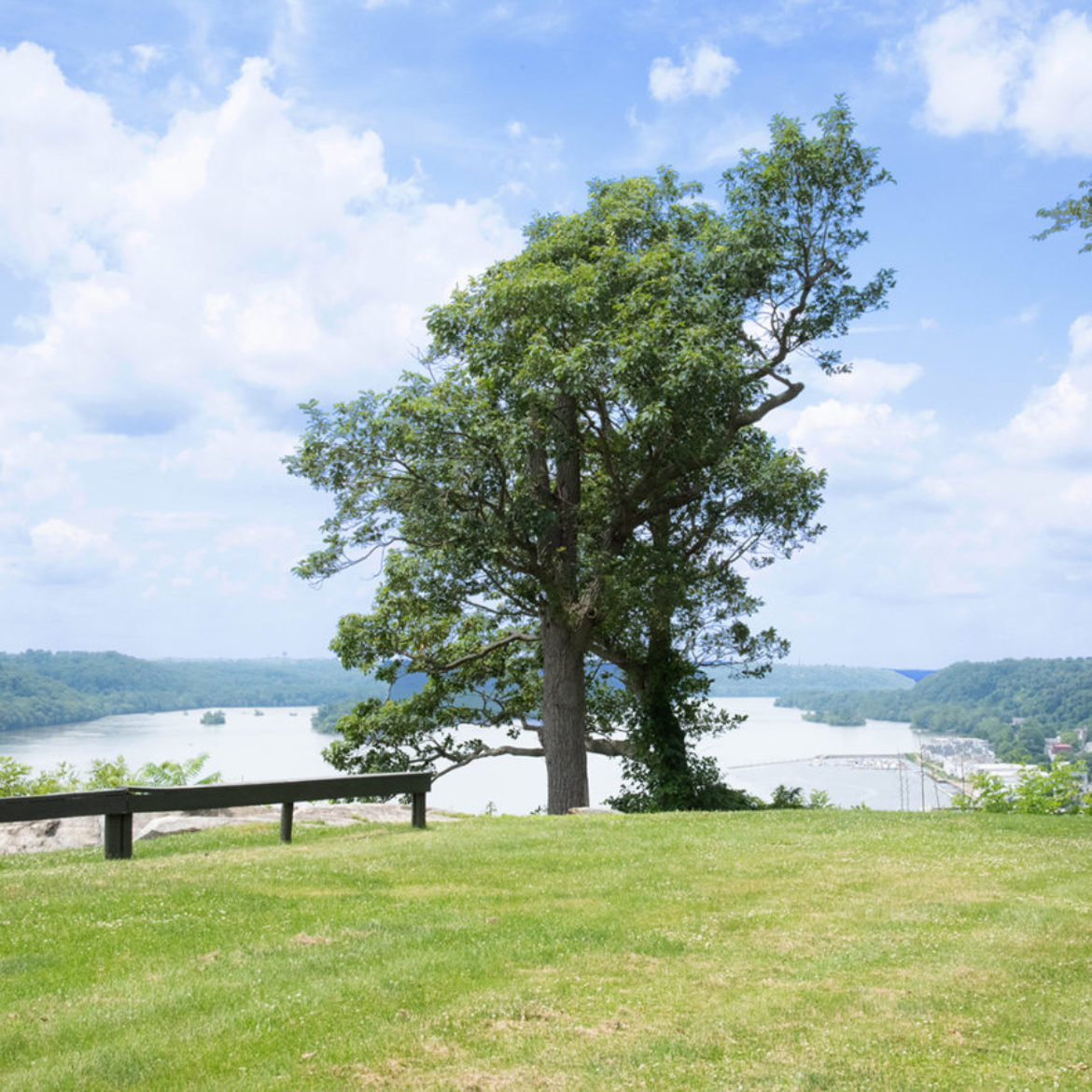 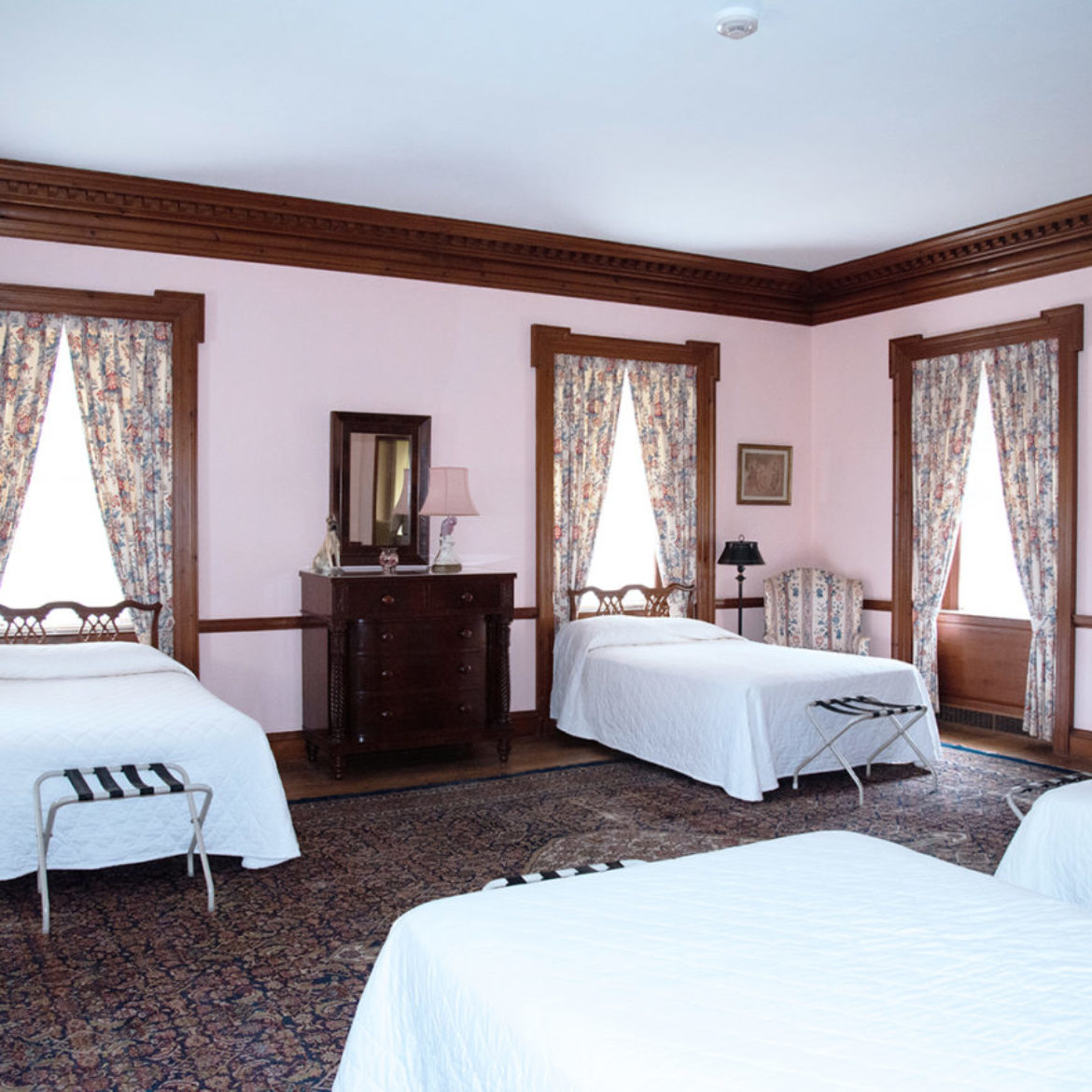 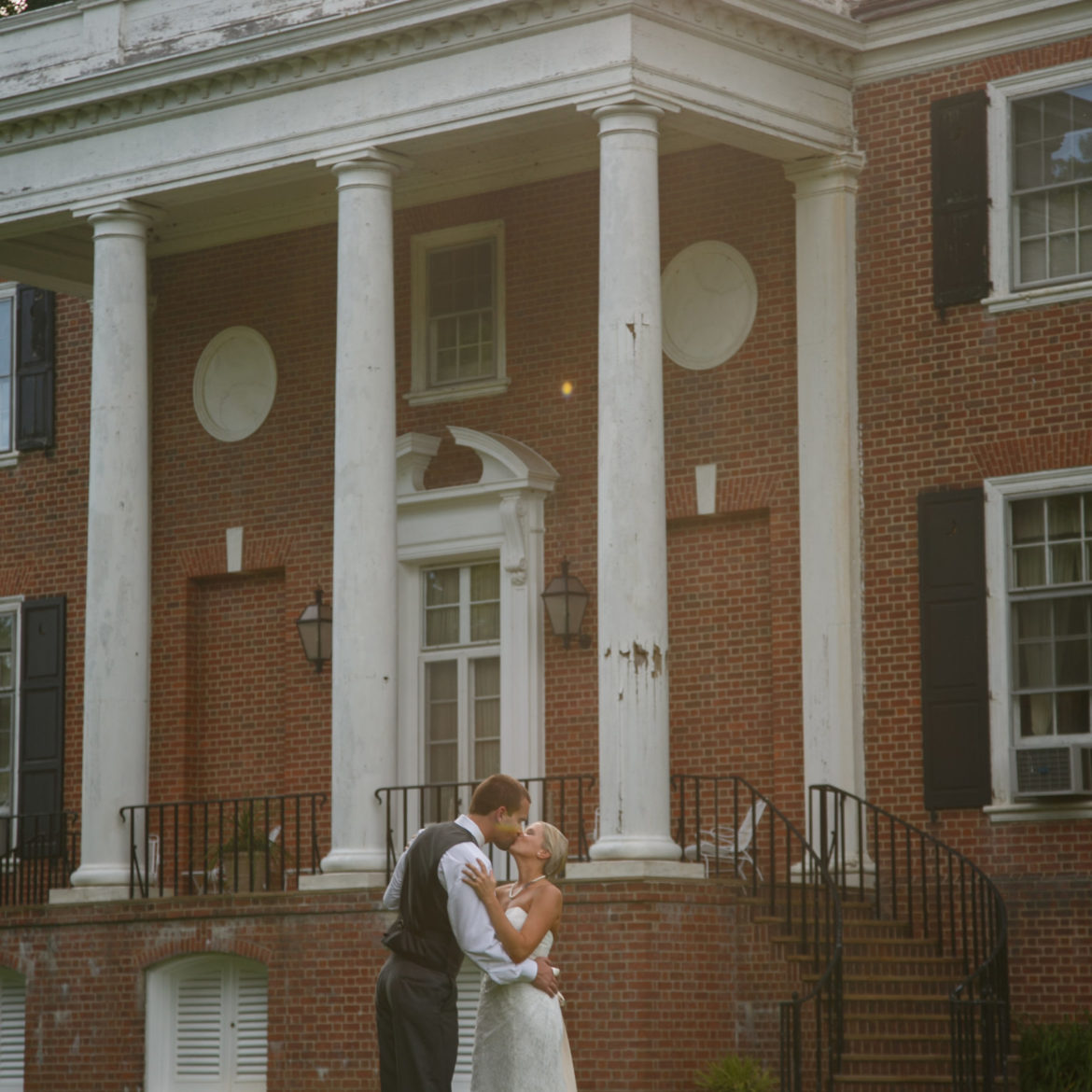 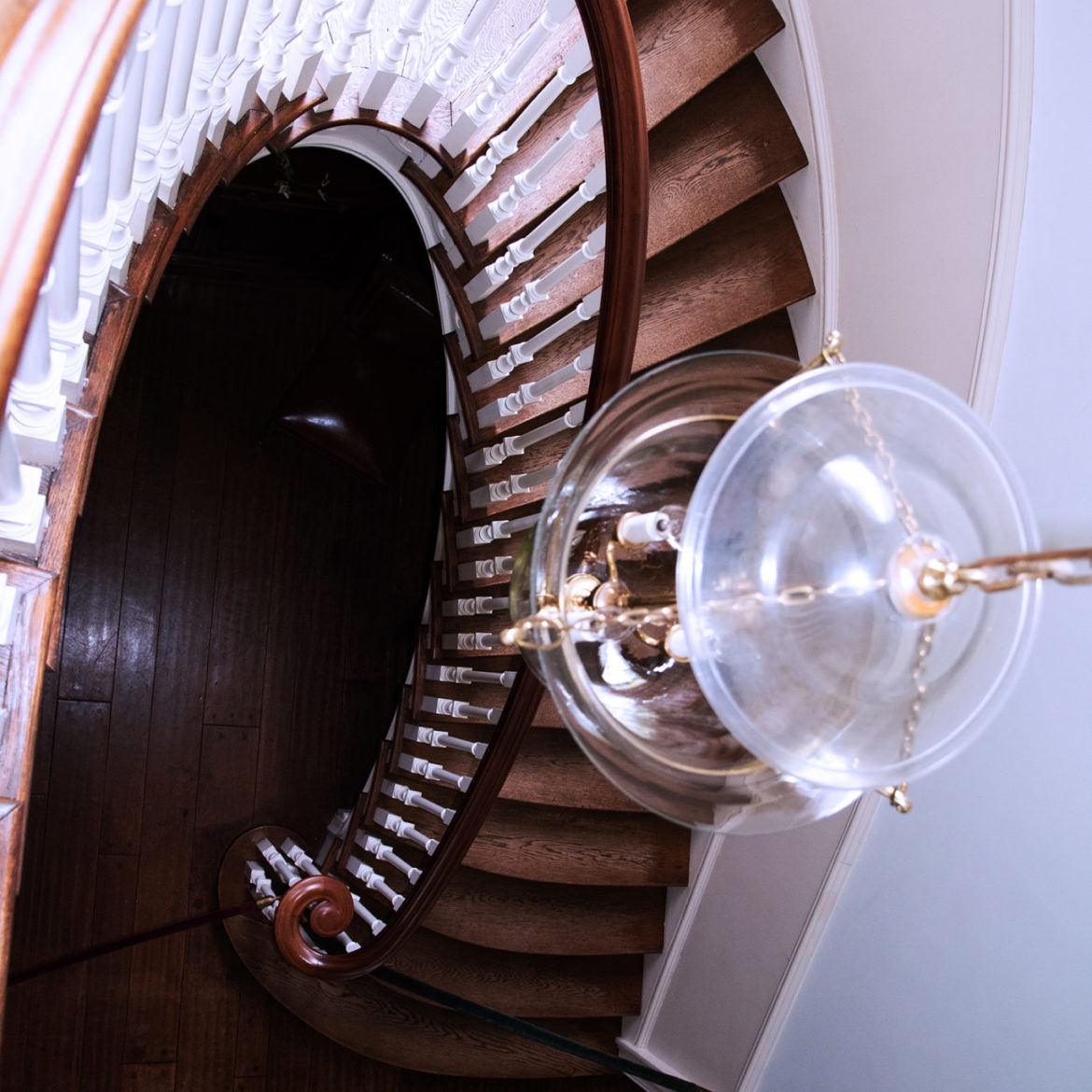 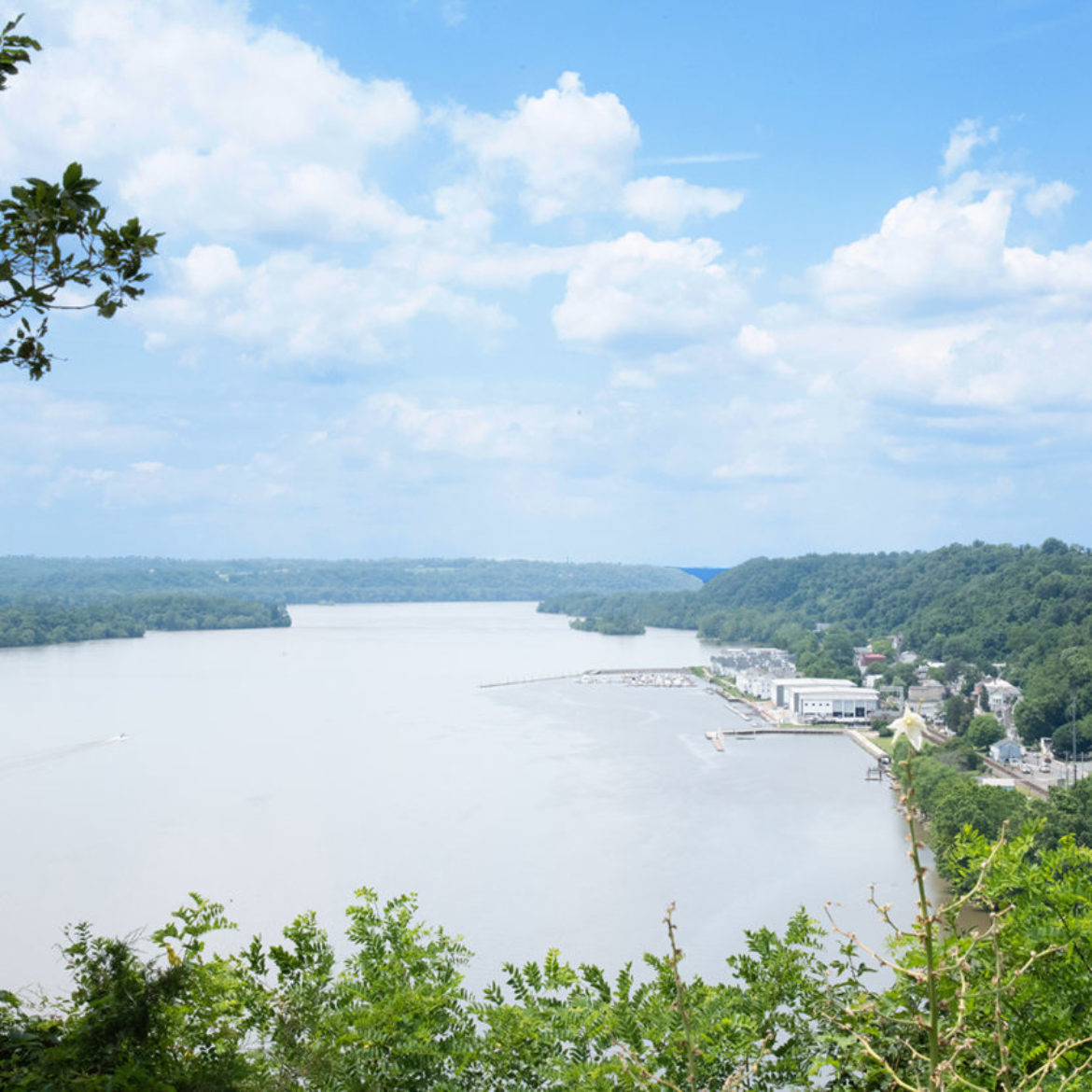 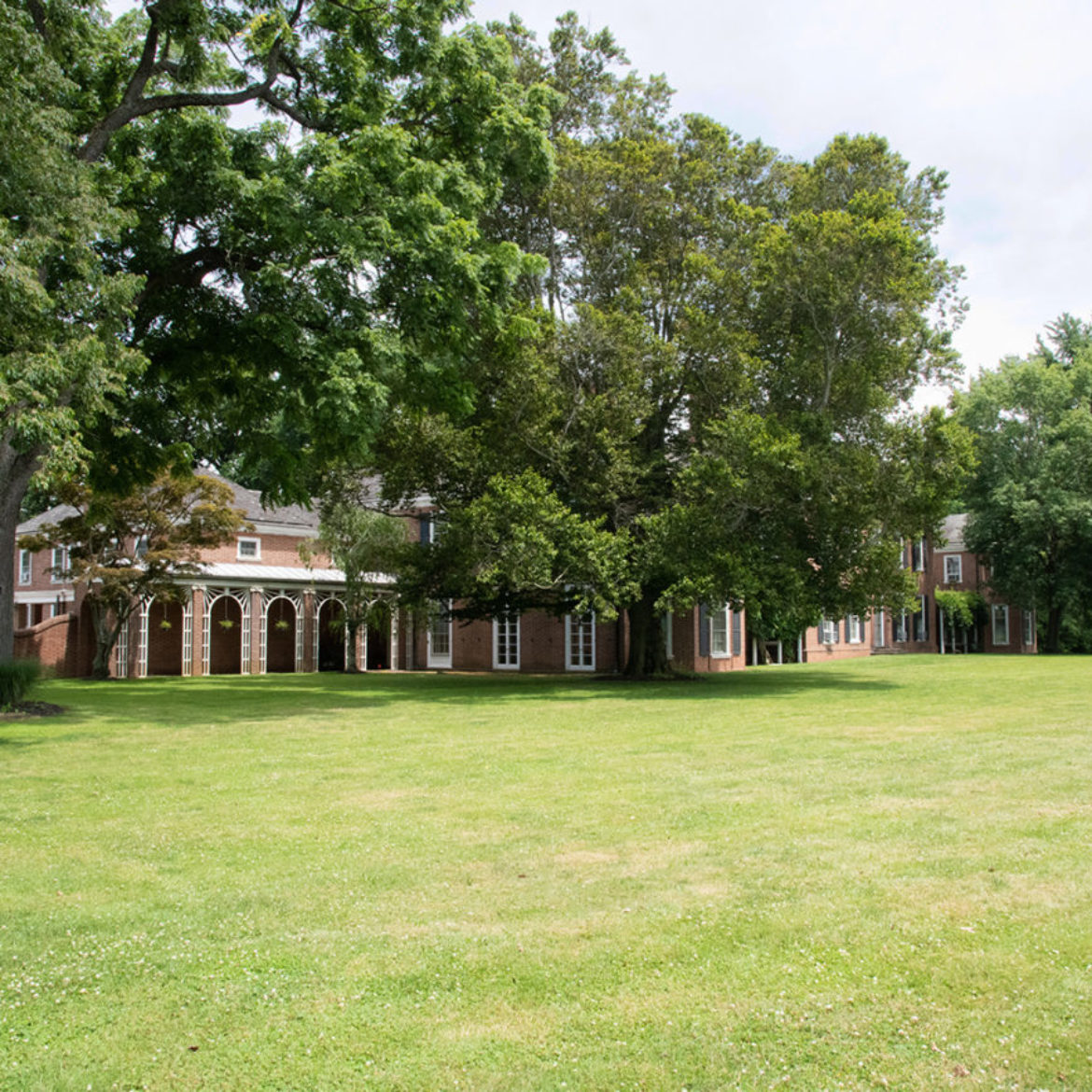 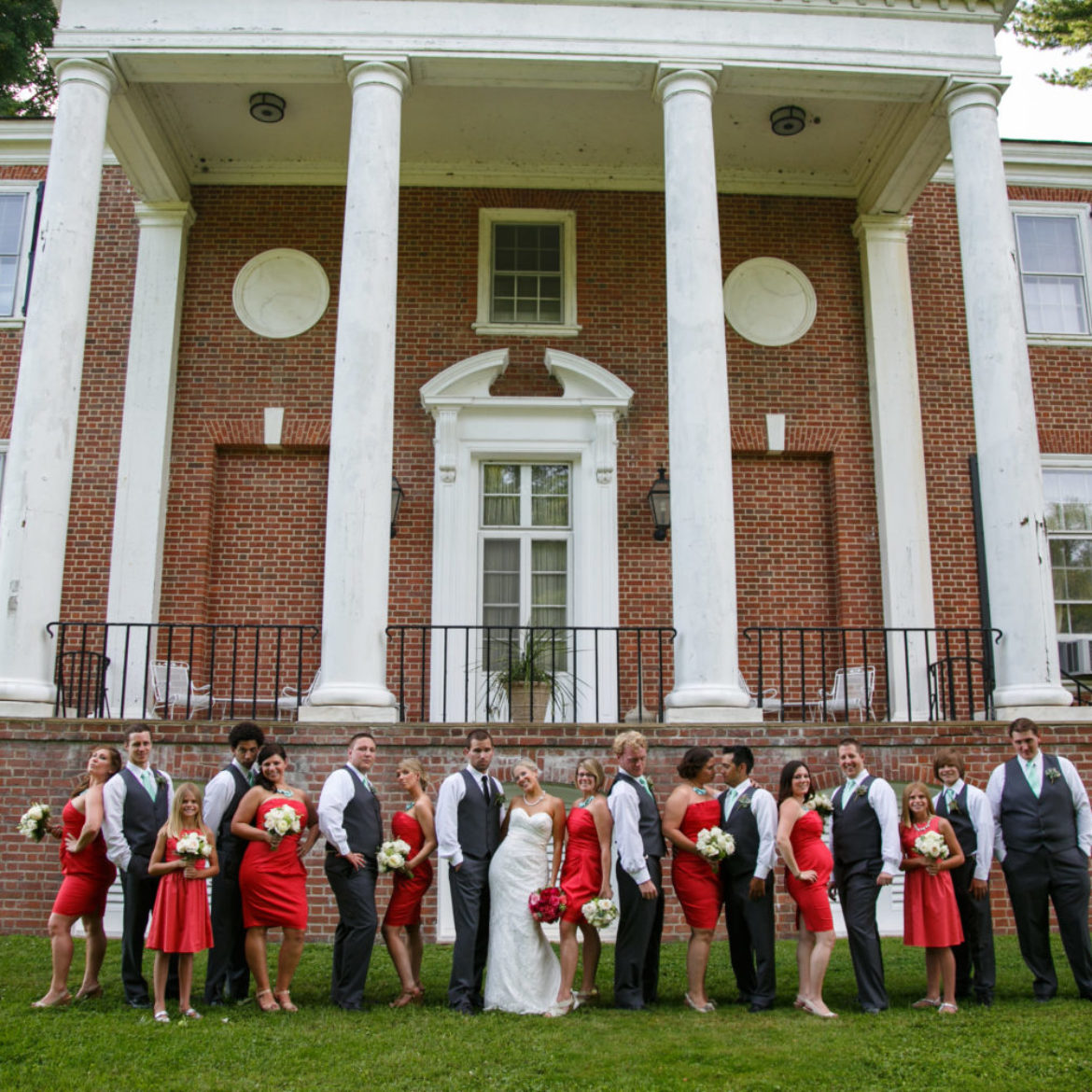 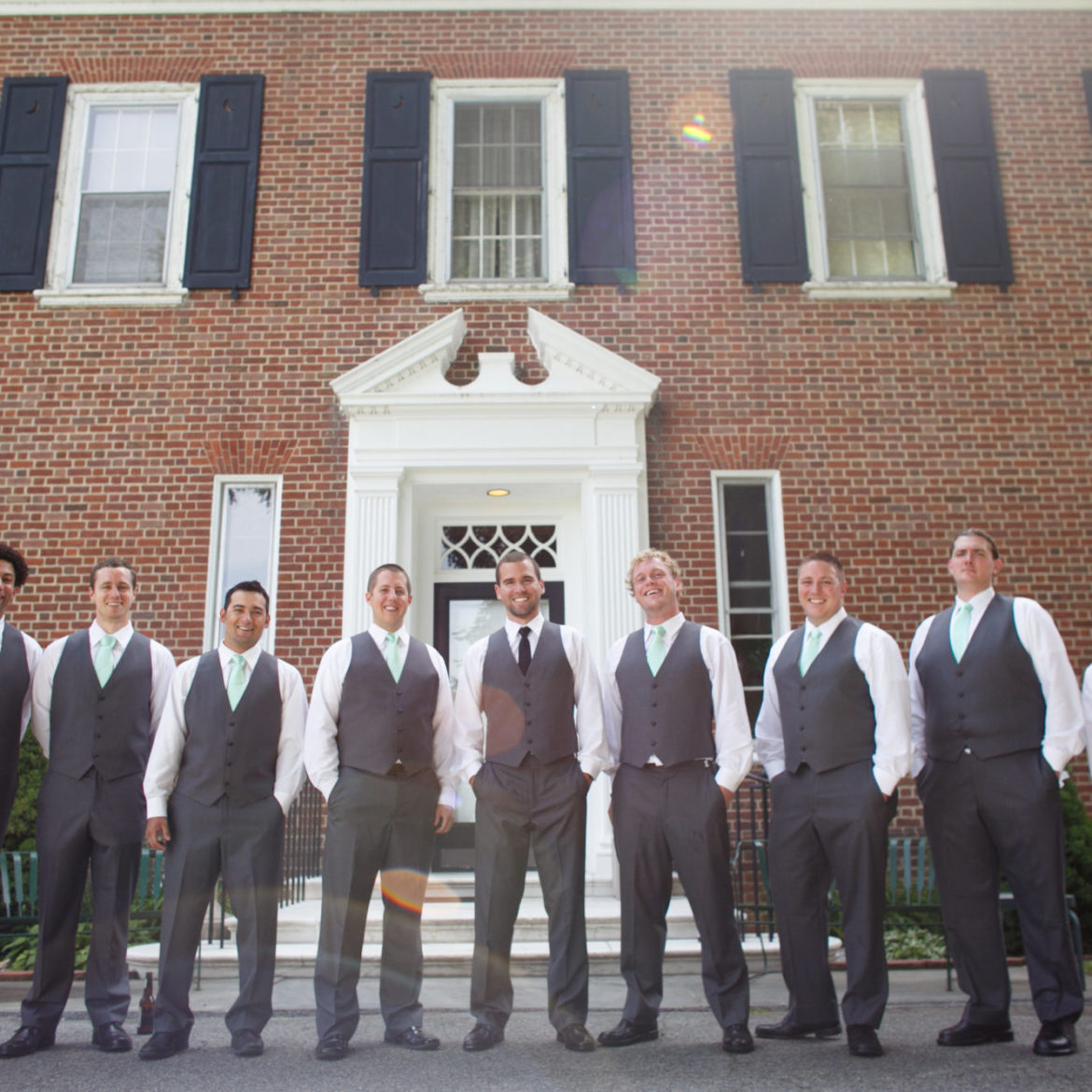